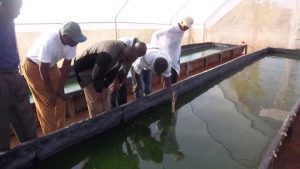 Spirulina Super Food For Nourishing Children
Spirulina is a blue-green algae that thrives in warm alkaline fresh water. It is being developed as the “food of the future” because of its high protein content 60 to 70 percent with all the essential amino acids as well as vitamins, minerals and iron in an easily available and digestible form.

In January 2011 Abha Light in partnership with AMURTEL, USA and AMURTEL, Ireland started a Spirulina project to feed malnourished children. Beginning with 2 ponds naturally producing high protein Spirulina we have expanded to 3 ponds, total 75 sq m covering approximately 1/3 of our spirulina needs for the Children Health Care Initiative and outsourcing the rest.

We added distribution to a centre at the Tana River District where there’s been drought and starvation. We’re also doing data collection on the impact of spirulina to the children’s health. 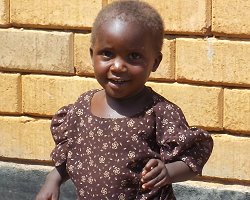 During the sixtieth United Nations General Assembly a draft resolution was on the “Use of Spirulina to combat hunger and malnutrition and help achieve sustainable development” was submitted. As a follow up, FAO was asked to prepare a paper on Spirulina.